Moxie was a 4 week old kitten with a life threatening condition which required immediate surgery. Your donations to our special needs fund helped get her the lifesaving surgery she needed.

We are motivated by the belief that all cats deserve to live a full and cherished life.

We also believe that we can save cat lives and make people lives better.

In addition to rescuing hundreds of cats a year and finding them loving homes, we have developed programs to:

Be part of the solution!

Help stop the tragedy of cat overpopulation and unwanted litters!

This fund was established in October 2010 to support CatPAWS’ mission of providing Trap/Neuter/Release (TNR) for feral cat management and to reduce overall cat overpopulation.
At this time, we have available a limited supply of spay/neuter vouchers for residents in the North Orange County area.

PLEASE READ BELOW BEFORE APPLYING!

Please contact City of Long Beach Animal Care Services for a voucher. Their phone is 562.570.7387 and they are located at 7700 E. Spring St., Long Beach, CA. This is a link to information on that program:

To request a voucher from the CatPAWS Spay/Neuter fund, please complete the online form.

We are currently partnered with selected clinic(s). Vouchers will be good only at the participating clinic(s) listed on the voucher form. When you make your appointment, please be sure to inform the clinic that you will be using a voucher supplied by Helen Sanders CatPAWS. Please reference your last name and issue date.

NOTE: This voucher from CatPAWS will cover a standard spay/neuter up to the amount noted on form. If the cat is pregnant or in heat or there are complications any resulting extra charges will be the responsibility of the owner/caregiver. Cost for other services such as vaccination, deworming, etc., or products are the responsibility of the owner/caregiver. CatPAWS assumes absolutely no liability for any issues that may result from use of this voucher.

The tragic consequences of pet overpopulation can be prevented - there is a solution. Thank you for being part of 'The Fix'! 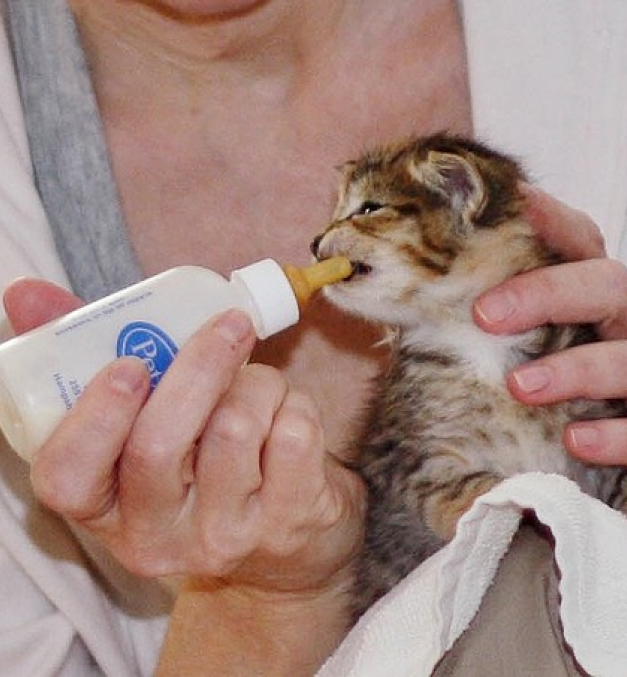 The most vulnerable animals in most public shelters are underage/orphaned kittens – those under 8 weeks old and especially those not yet eating on their own. Lacking the resources to provide round the clock feeding and care, these kittens are typically killed on intake unless a rescue group can take them. With rescue groups often full and never enough fosters, thousands of kittens are born to die every day in shelters across the country.

In the Spring of 2016, seeking a way to reduce this grim reality, CatPAWS launched the DIY Kitten Care Project.

This innovative program entails providing Kitten Care Kits to a local shelter which they in turn can offer to people who bring in kittens. The people who find and bring in kittens are candidly told by shelter staff what the likely fate of the kittens will be and asked if they are willing to foster at least until the kittens are eating on their own. Once kittens are eating on their own, options open up as rescues might be able to take them or the shelter can then be in a position to care for them.

This program was started almost out of a sense of desperation – a need to do something, anything – and none of us knew how well or if it would work. But the public embraced it and the shelter welcomed the opportunity to provide a better option. It is estimated that over 200 kittens in that first year were diverted from entering the shelter – and almost certain death – because of this program.

The following year brought an expanded effort which included a community outreach and education component, providing kitten care classes free of charge to the public. We hope to build on this program to keep saving tiny lives so they have a chance to grow up and have the full and cherished life all cats deserve.

All in a sturdy plastic container which can serve double duty as a safe kitten bathtub (they do get messy!)

Each kit costs approximately $53. Your donations help us buy more kits and save more little ones. 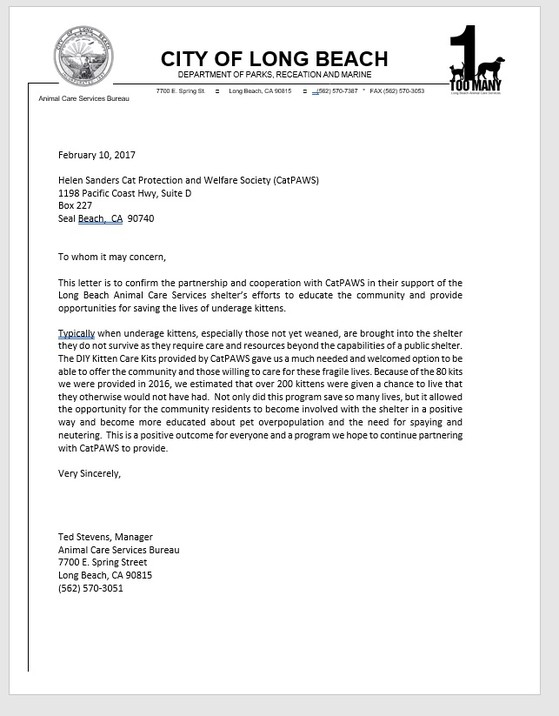